Global corporations started to be affected by Coronavirus

The coronavirus’s spread is currently the defining topic on the financial markets.

By mid-February, specific effects on corporations worldwide and global trade were already apparent, with US electronics corporation Apple causing a stir in that regard last week.

The company announced that it would miss its sales targets for Q1 of 2020, just three weeks earlier, the iPhone manufacturer had estimated its sales in Q1 in the USD 63–67bn range (after USD 58bn in the same quarter last year). A new forecast was not yet released, according to a blog post from Erste Asset Management.

Stock exchanges around the world initially reacted to the sales warning with clear losses, as Apple is considered a particularly relevant industry player and its shares are a driving force behind the US technology exchange NASDAQ.

However, the leading indices were able to quickly recoup the losses caused by the renewed uncertainty and, as in the case of the German DAX, soon returned to flying high. However, the situation remains tense today and prices are volatile.

Market observers nevertheless fear that the economic effects of the corona epidemic could make themselves felt medium-term. This is because a number of suppliers, other technology giants and industries with a strong dependence on China could follow Apple’s example.

On the one hand, the measures taken to contain the virus have led to supply chains being disrupted by temporary factory shutdowns, resulting in some unmet demand.

On the other hand, many shops in China were left closed, which has had a significant impact on sales in this important market.

Apart from electronics companies, this also impacted luxury goods manufacturers, for which China is a key growth region. Adidas, the second largest sporting goods manufacturer in the world, reported a drop in business in China of around 85 per cent since Chinese New Year on January 25. 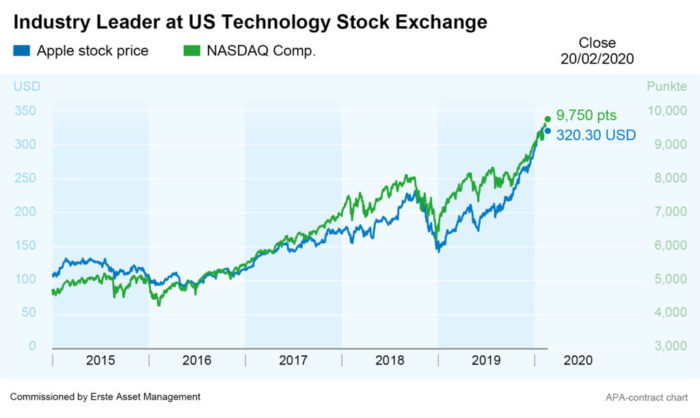 In addition, two dozen trade shows and industry conferences, such as the Beijing Motor Show and the world’s largest mobile phone show MWC in Barcelona, have been cancelled, potentially delaying business worth billions.

Styrian PCB manufacturer AT&S announced that all three of its production facilities in China are now back in operation.

Nevertheless, the listed company has lowered its sales forecast for the fiscal year 2019/20 from EUR 1.03bn to EUR 960m. The margin expectations for earnings before interest, depreciation and taxes (EBITDA) have been reduced from previously 20 to 25 per cent to 18 to 20 per cent.

Measures for economic stimulation in sight, but no quick end to the epidemic

Meanwhile, in Asia, calls for state economic aid have become louder. In a cabinet meeting, South Korea’s president called for all possibilities to be considered.

The Singapore government wants to cushion the effects on the labour market and the cost of living by leveraging funds to the tune of EUR 3.7bn. A further EUR 530m are scheduled to go to the health sector.

Hong Kong is also increasing its aid to cushion the effects of the epidemic on the economy. According to a leading Chinese expert, the situation around the virus may not stabilise until late April: “That is a very rough estimate,” said Zhong Nanshan, head of the Chinese government’s expert group.

The outbreak throughout the country is expected to peak by the end of February. “But reaching the peak does not mean the turning point,” the physician cautioned.