How China’s coronavirus would impact the global economy

As China fights a new strain of the coronavirus, retailers, restaurants, tourism and mass travel services are all severely affected in an effort to prevent its spread.

According to an analysis published by ING Bank, the Chinese GDP is expected to slow down by 0.3 percentage points to 5.6% in 2020.

Crisis management mode
The outbreak of a new strain of coronavirus in China has sent the country into crisis mode. People in public areas are expected to wear a mask and public transport across several cities including Wuhan, a city of 11 million people has been suspended in an effort to contain the virus from spreading across the country.

Schools are expected to remain closed for an extended period following the Chinese New Year holiday. Anyone to have visited Wuhan is required to remain in isolation for 14 days given the incubation period of the virus. As awareness of the virus grows, we expect increasing numbers will choose to stay at home, even work from home if they can.

As a result, retailers are expected to be the first to suffer, as well as restaurants and communal places like gyms and swimming pools. People will also avoid taking public transport, and both inward and outbound tourism will be impacted as flights are suspended.

But it’s not bad for all businesses
Some companies, such as supermarkets may be able to tap into the fact that people are staying at home. It is more likely that ‘wet markets’ (likely to be the source of the virus), will be avoided and that supermarket goods will be ordered online.

One particular sought-after item is surgical masks, which people are struggling to find even in cities that are not densely populated. Bleach is another product in short supply given its use to kill viruses at home. These examples show that people in China are now fighting the virus, and the supplies are in shortage.

What happens after the Chinese New Year holiday?
The Chinese government has already extended the Chinese New Year holiday by three days, until 2 February. But the virus could nonetheless spread more rapidly as workers return to work, particularly in Shanghai, Shenzhen, Beijing and Guangzhou, where supplies of masks are in shortage. Though the mortality rate associated with the virus is currently around 4%, it is hard to be sure that the virus doesn’t mutate to become more fatal.

The virus has already been detected in the US, France, Canada, Australia, Singapore, Malaysia, Thailand, Japan, Vietnam, South Korea and Nepal.

We expect retail sales in China to drop from 8% YoY to around 3% – 4%YoY. Meanwhile, global tourism, which relies heavily on Chinese tourists, could experience a negative growth of more than 30%.

As the virus spreads, and more casualties are reported, we expect the yuan per dollar to weaken to 7.20. 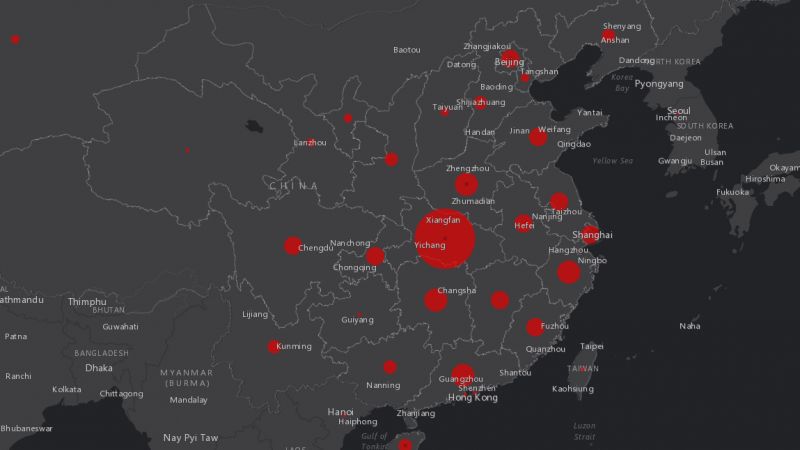 What about Hong Kong?
Hong Kong’s government has just applied restrictions to visitors from mainland China, suspending high-speed rail service and cutting flights by half.

The spread of the virus in Hong Kong will also impact schools and workers, with many people likely to stay at home, as in many of the big cities in China. But, the impact of the coronavirus on the retail sector in Hong Kong should be moderate, as retailers and restaurants have already been severely impacted by violent protests, which are still ongoing.

Hong Kong retail sales are at -23.6% YoY, and over the coming months we expect them to plummet to -30% YoY, until April when the low base effect kicks in. At this point we might see some less negative numbers, but those will be technical base effects only. They are unlikely to reflect any improvement in the retail sector. We don’t expect the virus to substantially impact GDP growth in Honk Kong. It should marginally change from -5.8% to -5.9%.

We expect the HKD to will be less affected compared to the yuan but it is also likely to weaken to 7.80.